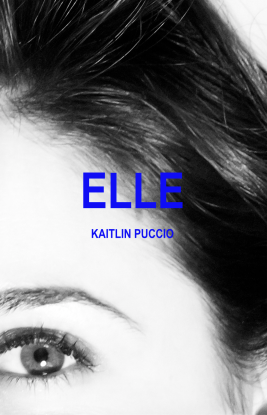 “Puccio has a captivating, though-provoking voice that echoes Atwood and Burgess. The characters are lost souls in a sharply created landscape that feels familiar, haunted and real. The flowing perspectives holds up both mirrors and windows to the characters and, for me, the reader.” – David Dastmalchian, Actor: Dune, The Dark Knight, Blade Runner 2049

A grieving scientist creates an AI in his dead wife’s image, but his grip on reality and ethics deteriorates when he is left with an insatiable desire to preserve her essential identity.

Elle defines or erases the line between “human” and “other.” The novel delves into such questions as, “What is the essence of a human?” and “How closely tied are physical parts of a being to the essence of that being?” The popular ideas debated in the philosophy of language, philosophy of mind, and metaphysics quietly form the foundation of the story as the characters unknowingly demonstrate the breakdown of certain theories. A mix of philosophy, science, and psychology, Elle is at its core simply about the connections between people, and the invisible elements that can destroy them.