Corky the dog is playing with his puppy friends when he is told that he is missing his tail. He searches everywhere for it, but he seems to have lost it forever. His hunt ends with a flight overseas where he meets a brainy peacock with a beautiful, enviable tail of its own. From the peacock he learns the secret of his ‘missing’ tail.

Watch Kaitlin on NBC discussing how sales from her book helps veterans!

Kaitlin joins Dr. Katy Nelson on ABC‘s The Pet Show to discuss “Have You Seen My Tail?” Watch here!

Learn more about how the book helps rescue dogs and veterans by watching this Fox5 segment. Kaitlin brings a special guest: A pit-mix named Six who was rescued from fight pits in Georgia.

Read about the book in Story Monsters Ink and The Washington Diplomat. 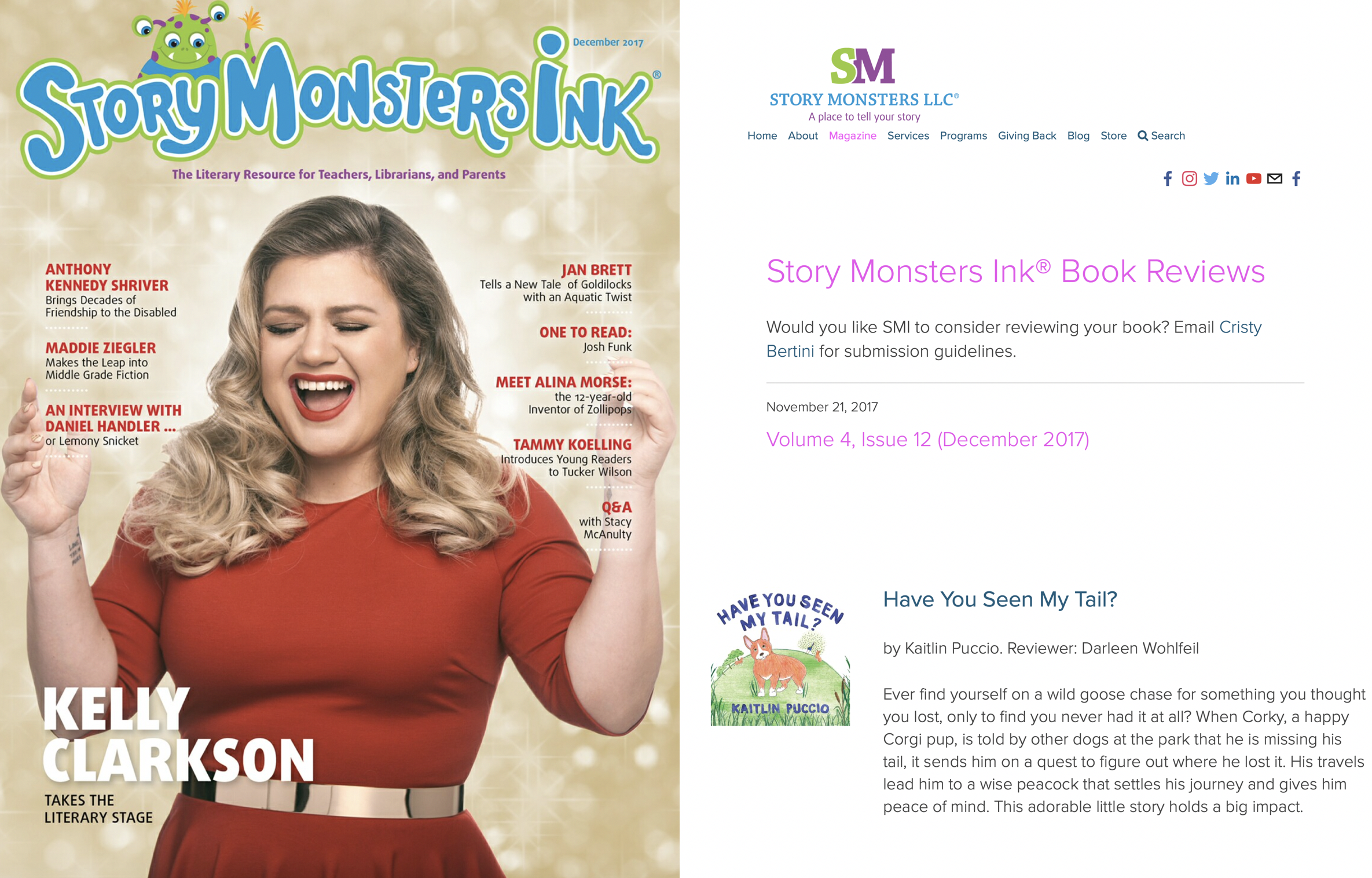 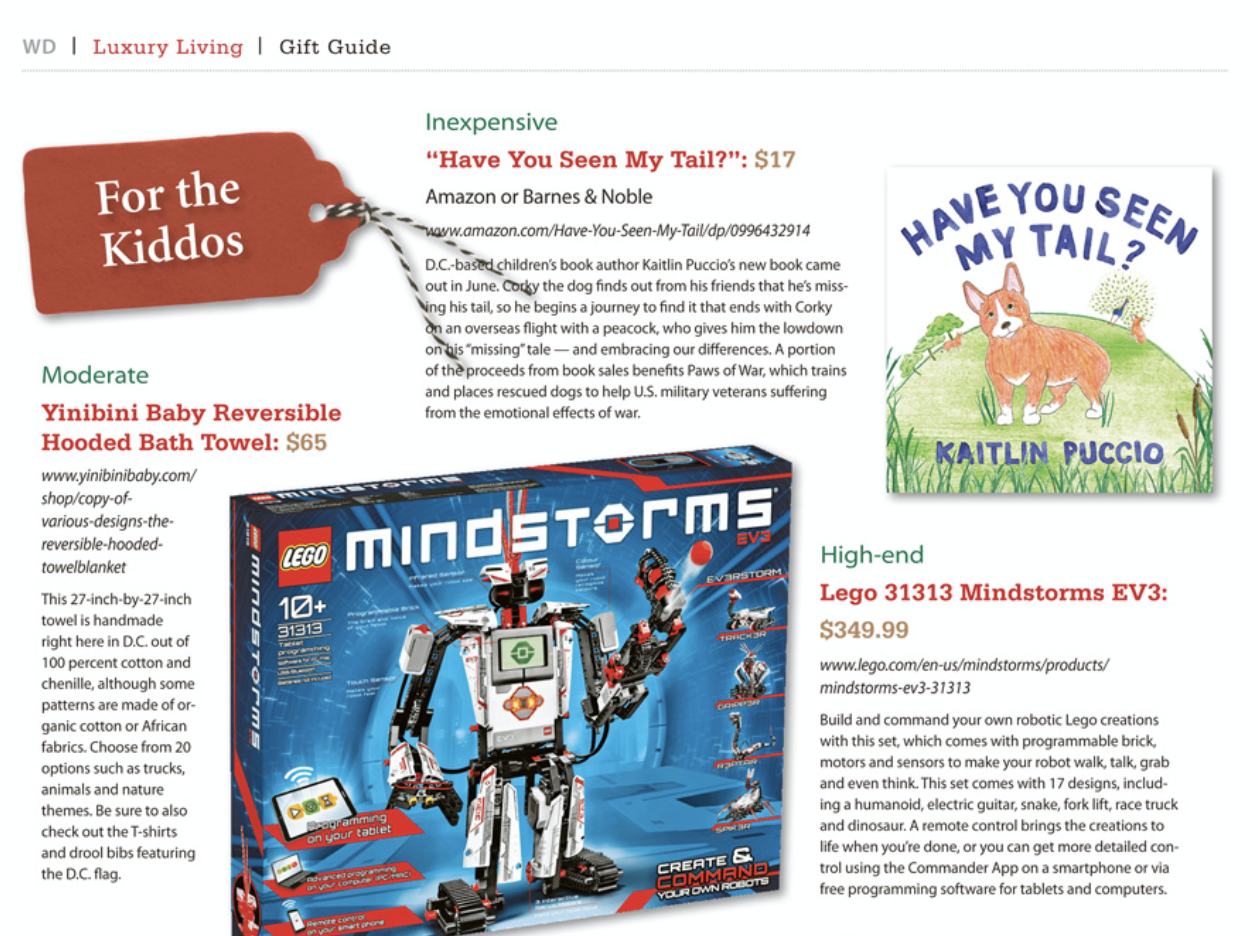 A portion of the proceeds will be donated to Paws of War, an organization that matches rescue dogs with military veterans who suffer from the emotional effects of war.

The hardest animals to find homes for are the ones that are “different,” whether they are older, have a deformity, or have a disability.

Corky the dog’s difference is that he was born without a tail, and he doesn’t understand why. When he realizes he is missing his tail, the search that follows is just as much a search for acceptance among his tailed friends as a search for his tail. By the time Corky discovers the secret of his missing tail, children will be able to understand a bit more about their own differences.

Parents who read with their children will see that even animals with physical differences are great companions. And veterans who are searching for their own four-legged (or three!) pals will benefit not only from the sale of the book, which will provide funding for Paws of War, but from the message the book sends about compassion, acceptance, and companionship.

Please support Paws of War through the purchase of “Have You Seen My Tail?” to help make a difference in the lives of rescued animals and military veterans.